Tysons Corner Tower Will Be Taller Than Washington Monument

In Tysons Corner, Virginia, by the Spring Hill Metro stop, a developer plans to construct a 2.8 million-square-foot mixed-use development that will feature a 615-foot-tall tower.

With this height, it will be the tallest building in the D.C. region, 60 feet taller than the Washington Monument, the region's tallest structure.

The developer, Clemente Development, has branded the $1.3 billion project as The View at Tysons.

The building, called Iconic Tower, will rise up 48 stories and become the tallest structure in the Washington, D. C area.

The project will also encompass a large, open-air shopping plaza.

The View at Tysons will also include two office buildings with ground-floor retail as well as two residential buildings with retail and an urban park.


Posted by ElectricWeb-Atlantic at 7:59 AM No comments: 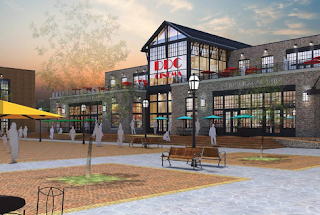 Now, the developer has eyes set on a 15-acre triangle in Ivy City just down the road from the Hecht Warehouse, bordered by New York Avenue, Bladensburg Road NE, and Montana Avenue NE. 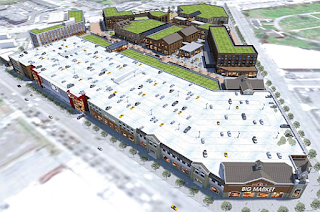 The developer has spent nearly $75 million to acquire the land in order to construct NewCityDC, a 1.5 million-square-foot mixed-use project set to make waves in the neighborhood.

Douglas Development first acquired a section of the land in 2014 for $8.25 million. 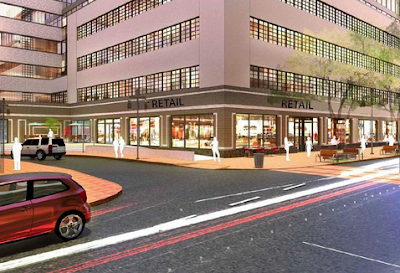 Posted by ElectricWeb-Atlantic at 7:19 AM No comments: 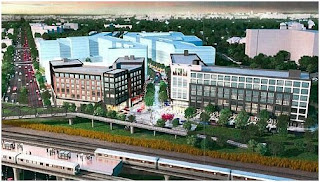 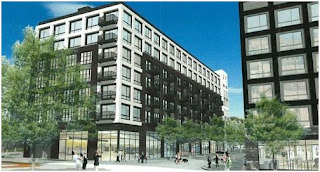 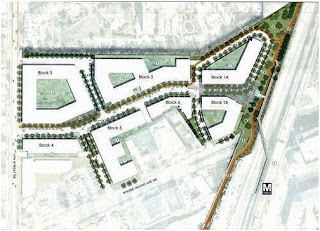 Posted by ElectricWeb-Atlantic at 8:35 AM No comments:

JM Zell Partners and Hines Ltd. are planning to construct the first building within the 6-acre Carlyle Plaza Two, a long-planned four-tower office and residential complex south of Eisenhower Avenue in Alexandria, Virginia. 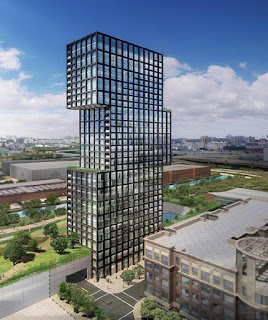 The second residential tower in Carlyle Plaza Two, the closest building to the Capital Beltway to the south, may rise to 354 feet.

Both towers will be among the region’s five tallest residential buildings, rivaling those planned for Rosslyn.

The developers expect to break ground on the four-tower office and residential complex in late spring 2017.

The design features three rectangular blocks of nearly equal height, with the middle block slipped roughly 25 feet to the south to create a cantilever effect.

The result of the cantilever is two large outdoor terraces, one on the 16th floor and another on the 26th. There will be a fifth-floor amenity terrace, with pool, as well.

The development site is immediately east of The Alexan apartment building and north of the Alexandria Renew Nutrient Management Facility. 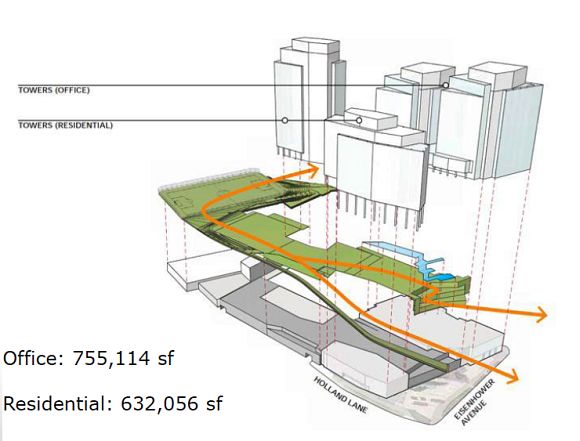 Alexandria approved the development plan for Carlyle Plaza Two in 2012 — for 755,114 square feet of office in two towers and 632,056 square feet of residential in two more towers.

The plan was later amended to offer the option of converting 325,000 square feet of office space to hotel and residential use.
Posted by ElectricWeb-Atlantic at 8:34 AM No comments: